Next January Stephen Hawking will be 74 years old. He has lived much longer than most individuals with his debilitating condition. In addition to being an unquestionably gifted cosmologist, he has invited controversy by supporting the pro-Palestinian, Israel-BDS boycott and warning about the dangers of alien invaders who tap into our interstellar greetings

Antisemitism, notwithstanding, this man is a mental giant. He is Leonardo. He is Einstein. Like them, his discoveries and theories will echo for generations beyond his life on earth. He is that genius.

Forty years ago, when Stephen Hawking still had mobility, he delivered a paper on a mystery regarding information-loss for entities that cross the event boundary of a black hole.

In the mid 1970s, Astronomers were just discovering black holes and tossing about various theories about the event horizon and its effect on the surrounding space-time. Many individuals still considered black holes to be theoretical. Hawking’s analysis of the information paradox seemed extremely esoteric. Yet, last month (Aug 2015) , at Sweeden’s KTH Royal Institute of Technology, Hawking presented a possible solution to the paradox that he sparked.

I can barely understand the issue and cannot articulately rephrase the problem. But my interest in the black hole event horizon takes a back seat to my interest in the amazing tool created to compensate for the famous cosmologist’s handicap. Watch closely as Stephen Hawking offers a new theory that provides a possible explanation for the paradox.

Near the end of the video (beginning at 7:22), the camera begins a steady zoom up to Hawking’s face. Unlike a year ago, when he could still smile at a joke or move his eyes, he now appears completely motionless. Throughout his speech, there is no sense of animation—not even a twitch—with or without purpose. His eyebrow doesn’t move, his fingers are not restless, he doesn’t blink anymore.

So, how, then, does Hawking speak with normal cadence and just a short delay between sentences? (If we assume that his computer adds emphasis without additional effort, I estimate that his ASCII communications rate is roughly equivalent to a 1200-baud modem, circa 1980). Yet, clearly, there must be a muscular conduit between thought and speech. How is it that his thoughts are converted to speech at almost the same rate as someone who is not paralyzed?

That magic is enabled by a tiny camera that monitors a slowly deteriorating cheek muscle. It is Hawking’s last connection to the outside world. What began as index cards with words and then an Apple II computer, has evolved into a sophisticated upgrade process involving cutting edge analysis of the professor’s slightest tick combined with sophisticated computing algorithms. The camera and software that interprets this microscopic Morse code is tied to a process that optimizes options for successive words and phrases. He is actually communicating at far less than 1200 baud, because—like a court stenographer—he employs shorthand and Huffman encoding to compress words and phrases into his twitch pipeline. Drawing on a powerful processor and connected to the Web, his gear is constantly upgraded by a specialized Intel design team.

They are engaged in a race to offer Hawking the potential for communication up until he has no capacity for interaction at all.

In a recent documentary by Hawking himself,* he laments the likely day when he will no longer have any capacity for output at all. No ability to discuss physics and cosmology; no way to say “I need help” or “I love you”; no way to show any sign of cognition. At that time, he reflects, the outside world will no longer be certain that there is anything going on behind his blank stare. They will never really know when or if he wants them to pull the plug. Even more mind boggling, humanity will never know what secrets his brilliant mind has unlocked to mysteries of the cosmos.

* Referring to his 2013 autobiographical film and not the 2014 feature film about his life, Theory of Everything.

Consider how many natural laws and constants—both physical and chemical—have been discovered since the time of the early Greeks. Hundreds of thousands of natural laws have been unveiled in man’s never ending quest to understand Earth and the universe.

I couldn’t name 1% of the laws of nature and physics. Here are just a few that come to mind from my spotty recollection of high school science. I shall not offer a bulleted list, because that would suggest that these random references to laws and constants are organized or complete. It doesn’t even scratch the surface…

For some time, physicists, astronomers, chemists, and even theologians have pondered an interesting puzzle: Why is our universe so carefully tuned for our existence?And, not just our existence—After all, it makes sense that our stature, our senses and things like muscle mass and speed have evolved to match our environment. But here’s the odd thing—If even one of a great many laws, properties or constants were off by even a smidgen, the whole universe could not exist—at least not in a form that could support life as we imagine it! Even the laws and numbers listed above. All of creation would not be here, if any of these were just a bit off… 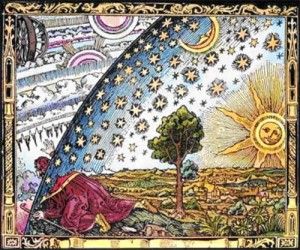 Well, there might be something out there, but it is unlikely to have resulted in life—not even life very different than ours. Why? Because without the incredibly unique balance of physical and chemical properties that we observe, matter would not coalesce into stars, planets would not crunch into balls that hold an atmosphere, and they would not clear their path to produce a stable orbit for eons. Compounds and tissue would not bind together. In fact, none of the things that we can imagine could exist.

Of course, theologians have a pat answer. In one form or another, religions answer all of cosmology by stating a matter of faith: “The universe adheres to God’s design, and so it makes sense that everything works”. This is a very convenient explanation, because these same individuals forbid the obvious question: ‘Who created God?’ and ‘What existed before God?’ Just ask Bill Nye or Bill Maher. They have accepted offers to debate those who feel that God created Man instead of the other way around.

Scientists, on the other hand, take pains to distance themselves from theological implications. They deal in facts and observable phenomenon. Then, they form a hypotheses and begin testing. That’s what we call the scientific method.

If any being could evolve without the perfect balance of laws and constants that we observe, it would be a single intelligence distributed amongst a cold cloud of gas. A universe that is not based on many of the observed numbers (including the total mass of everything in existence) probably could not be stable for very long.

Does this mean that  it’s all about you?! Are you, Dear reader, the only thing in existence?—a living testament to René Descartes?

Don’t discount that notion. Cosmologists acknowledge that your own existence is the only thing of which you can be absolutely sure. (“I think. Therefore, I am”). If you cannot completely trust your senses as a portal to reality, then no one else provably exists. But, most scientists (and the rest of us, too) are willing to assume that we come from a mother and father and that the person in front of us exists as a separate thinking entity. After all, if we can’t start with this assumption, then the rest of physics and reality hardly matters, because we are too far removed from the ‘other’ reality to even contemplate what is outside of our thoughts.

Two questions define the field of cosmology—How did it all begin and why does it work?  Really big questions are difficult to test, and so we must rely heavily on tools and observation:

Having theories that are difficult to test does not mean that scientists aren’t making progress. Even in the absence of frequent testing, a lot can be learned from observation. Prior to 1992, no planet had ever been observed or detected outside of our solar system. For this reason, we had no idea of the likelihood that planets form and take orbit around stars.

Today, almost 2000 exoplanets have been discovered with 500 of them belonging to multiple planetary systems. All of these were detected by indirect evidence—either the periodic eclipsing of light from a star, which indicates that something is in orbit around it, or subtle wobbling of the star itself, which indicates that it is shifting around a shared center of gravity with a smaller object. But wait! Just this month, a planet close to our solar system (about 30 light years away) was directly observed. This is a major breakthrough, because it gives us an opportunity to perform spectral analysis of the planet and its atmosphere.

Is this important? That depends on goals and your point of view. For example, one cannot begin to speculate on the chances for intelligent life, if we have no idea how common or unusual it is for a star to be orbited by planets. It is a critical factor in the Drake Equation. (I am discounting the possibility of a life form living within a sun, not because it is impossible or because I am a human-chauvinist, but because it would not likely be a life form that we will communicate with in this millennium).

Of course, progress sometimes raises completely new questions. In the 1970s, Francis Drake and Carl Sagan began exploring the changing rate of expansion between galaxies. This created an entirely new question and field of study related to the search for dark matter.

Concerning the titular question: “Why is the universe fine-tuned for life?”,  cosmologist Stephen Hawking offered an explanation last year that might help us to understand. At least, it offers a theory, even if it is difficult to test. The media did their best to make Professor Hawking’s explanation digestible, explaining it something like this [I am paraphrasing]:

There may be multiple universes. We observe only the one in which we exist. Since our observations are limited to a universe with physical constants and laws that resulted in us—along with Stars, planets, gravity and atmospheres, it seems that the conditions for life are all too coincidental. But if we imagine countless other universes outside of our realm (very few with life-supporting properties), then the coincidence can be dismissed. In effect, as observers, we are regionalized into a small corner. 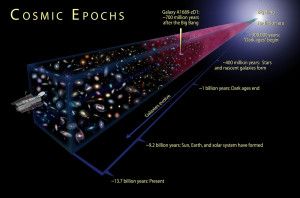 The press picked up on this explanation with an unfortunate headline that blared the famous Professor had proven that God does not exist. Actually, Hawking said that miracles stemming out of religious beliefs are “not compatible with science”. Although he is an atheist, he said nothing about God not existing. He simply offered a theory to explain  an improbable coincidence.

I am not a Cosmologist. I only recently have come to understand that it is the science of origin and is comprised of astronomy, particle physics, chemistry and philosophy. (But not religion—please don’t go there!). If my brief introduction piques your interest, a great place to spread your wings is with Tim Maudlin’s recent article in Aeon Magazine, The Calibrated Cosmos. Tim succinctly articulates the problem of a fine-tuned universe in the very first paragraph:

“Theories now suggest that the most general structural elements of the universe — the stars and planets, and the galaxies that contain them — are the products of finely calibrated laws and conditions that seem too good to be true.”

And: “Had the constants of nature taken slightly different values, we would not be here.”

The article delves into the question thoroughly, while still reading at a level commensurate with Sunday drivers like you and me. If you write to Tim, tell him I sent you. Tell him that his beautifully written article has added a whole new facet to my appreciation for being!