MIT has never stood stand still in the presence of change and opportunity. Their Media Lab Currency Initiative is at the forefront of Blockchain and Bitcoin research. With the fracture of the founding core team, MIT stands to become the universal hub for research and 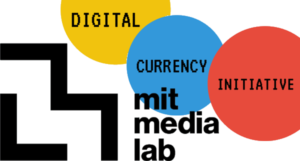 The initiative has a team of 22 people and—currently—seven research projects. It nurtures three startups that use cryptocurrency and blockchain in a variety of novel ways. Blockchain research now sits alongside transparent robots that eat real-world fish, solar nebula research, and other imaginative, futuristic projects in progress at the university.

The initiative has already funded the work of bitcoin protocol developers and has supported research, going far beyond bitcoin—even partnering with Ripple Labs and developing enterprise data projects.

The DCI is led by former White House advisor and research director Neha Narula. Read about the three BIG blockchain projects at CoinDesk

Ellery Davies co-chairs Crypsa and The Bitcoin Event. He is columnist & board member at Lifeboat Foundation,
editor of AWildDuck and will deliver the keynote address at the 2017 Digital Currency Summit in Johannesburg.